At the end of August we blogged on the subject of taxing carbon and the alternative regimes under consideration. Since then the EU parliament endorsed a decision to include shipping in its Emissions Trading Scheme from 2023 and the IMO’s MEPC is due to come up with its own proposals in November. We have also seen many of the world’s major shipping players line up behind The Poseidon Principles and The Sea Cargo Charter, adding significant momentum to the push for carbon reduction.

Whilst the IMO, EU and industry deliberate over the regime that will apply to shipping, this blog will focus on some of the practical challenges associated with measuring fuel and/or emissions. We suggested previously the monetising of carbon would challenge the current measurement regime’s accuracy. To try and put the issue in context, last year Maersk alone consumed 11.8 million tonnes of marine fuels. However that is taxed it represents a lot of money!

Fuel quantity accuracy has been a headache for the industry for as long as there has been fuel. The quantities and values involved have resulted in numerous and well publicised thefts and frauds from the small and often repeated to the large and infrequent. Fuel quantity misdeclaration can take place at a number of points and for a number of reasons including; building a voyage reserve (sometimes called “sleeve oil”), complying with charter party terms and theft, to name a few. The ship’s fuel system is designed to load and not discharge, so most thefts are probably at the point of delivery. The Bunker Delivery Note (BDN) is arguably one of the most hotly disputed documents in shipping!

The EU MRV prescribes four methods to determine fuel consumption and hence CO2 emissions. Since the four methods are based on various sources of fuel data, the levels of uncertainty vary:

For the reasons suggested above Methods A and B have the greatest risk of inaccuracy, but conversely are also the most widely adopted. There is certainly room to doubt these measurement methods will be considered adequate when they are used for something with dollar consequences in addition to contributing to climate change associated reduction targets. A move towards methods C and D might offer the certainty required, but is also not without its challenges.

Method C flow meters in the inlet fuel pipe and/or Method D sensors in the exhaust gas can have very different characteristics with respect to accuracy and reliability. If the two are in the same consumption line they may not provide the same result. This may arise from how they are calibrated, conversion factors used, or their tolerance for shipboard environmental conditions, or any combination of these.

The direct measuring of CO2 when it is combined with all other exhaust gas components is not without difficulty. There are several potential technologies and equipment providers claiming to have a solution, but the main test will be achieving consistency and reliability over time. Flow metering and exhaust gas sensors may have some way to go before they are suitable for widespread adoption, but progress is being made. The installation, calibration and maintenance of the fuel system sensor suite will need to be validated regularly but could simply fall within the ship’s existing regime of inspections and surveys, provided the technology adopted is compatible. The additional cost should be manageable, but allocation could be disputed nevertheless.

A further complication may arise with the conversion factor from fuel consumed to CO2. Existing conversion factors are generic and do not reflect the complexity of the fuel market. Every bunker delivery may have its own properties. On those occasions when fuels are blended onboard or when environmental conditions are not consistent with calibration conditions additional errors may occur.

Some form of carbon tax or cap and trade scheme is necessary to drive the efficiencies and technologies required to meet carbon reduction targets and demands over the coming decades. There is an immediate challenge to develop a measurement regime which meets the needs of all stakeholders in delivering results they can trust. Whilst driven by the urgent need to limit the impact of climate change, the industry may rid itself or at least reduce what has historically been a major source of disagreement and dispute.

For all of us involved in voyage optimisation there is plenty of work to do!

Nick Bialystocki has over 15 years’ experience in shipbuilding, vessel systems and vessel operations, focusing on vessel performance, from design to efficient operation. He has a BSc in Mechanical Engineering, MSc in Marine Engineering and Naval Architecture, Diploma in Marine Surveying. A member of the Royal Institute of Naval Architects, Institute of Marine Engineering, Science and Technology, the DNVGL Cyprus Technical Committee. Certified DPA (Designated Person Ashore) and CSO (Company Security Officer). Nick is also a Teaching Fellow in Haifa University, author of various vessel performance papers and publications, and regular speaker at industry conferences and events. 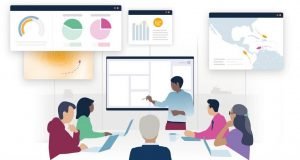